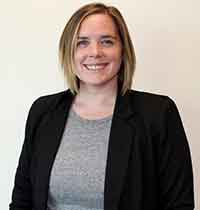 Canada’s public health community is committed to upstream health promotion and disease prevention. This includes a responsibility to raise awareness on ‘silent’ factors in the physical environment which threaten the health of Canadians. Radon is one of these silent threats.

What is radon?
Radon is a colourless, odourless, radioactive gas produced by the natural breakdown of uranium in soils and rocks.1 As radon breaks down, it is released into the natural environment but does not pose a threat to health as its concentration is significantly diluted. However, when high levels of radon are released into confined spaces, such as homes and workplaces, it is a cause for concern. When homes and workplaces are not properly constructed and sealed, radon levels accumulate over time and can negatively impact health.

What are the health consequences of radon?
Radon exposure is the leading cause of lung cancer in non-smokers and is estimated to be responsible for more than 3,300 lung cancer-related deaths in Canada each year.2 The risk for lung cancer in smokers exposed to high concentrations of radon is significantly higher; radon compounds the carcinogenic effects of tobacco. As radon decay products are inhaled into the lungs, they emit ionizing radiation energy, affecting the bronchial epithelial cells; this ionization is believed to initiate the process of carcinogenesis.1

How can the negative health impacts of radon be prevented?
Preventing the dangerous health impacts caused by radon accumulation is a simple process that begins with education. Step one involves testing the space to ensure radon levels are below the Canadian guideline of 200 becquerels per cubic metre (200 Bq/m3). Testing is easy and can be done with a do-it-yourself kit or by hiring a certified radon measurement professional.3 If radon levels are found to be above the Canadian guideline, various techniques may be used to reduce harmful radon levels. Radon levels in most homes can be reduced by more than 80% for about the same cost as other common home repairs.3 Radon testing needs to become a standard part of home purchasing and safety certification standards.

What is the role of public health professionals?
Members of Canada’s public health community have a responsibility to share critical and preventive health information with Canada’s health stakeholders.

Front-line health providers play a critical role in delivering accurate and actionable knowledge to the public since they are in a position to provide upstream, preventive information to patients. This information can function as a tool for improving patients’ own health status. Asking simple questions like, “Have you had the radon levels in your home tested?” and, “Did you know it is an easy and cost-effective way of lowering your risk of lung cancer should the levels prove to be higher than the Canadian guideline?” have the potential of decreasing the prevalence of lung cancer. This level of engagement moves beyond the historical “treat and prescribe” model, repositioning the relationship between patient and practitioner beyond illness and towards overall well-being.

Other public health professionals such as primary practitioners, decision-makers, and members of government, ranging from health to education to housing officials, are encouraged to consistently rely on evidence-based public health information. For example, as a public health practitioner outside of primary care, I have become involved with the College of Family Physicians of Canada’s Educational Outreach of Health Professionals initiative. In partnership with members of Canada’s health community and with the support of the CFPC, I have taken on a facilitator role in providing information-based outreach to health professionals focused on various Environmental Threats, with this article being an example of an outreach initiative.

Discussing these issues among our peers is the first step to triggering a nation-wide dialogue. These platforms give the voice and opportunity to reach out and educate one another. I have chosen to lend my voice to radon reduction in Canada’s built environment; where will you lend yours?