Poliomyelitis and its prevention 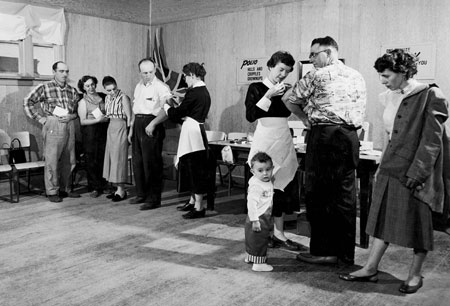 The poliomyelitis virus grows in the intestines and spreads through contaminated food and water.

Most people who are infected have no symptoms or only a mild fever. About one in a hundred infected people will have permanent paralysis.

The most severe form (bulbar polio) attacks the central nervous system and destroys the nerve cells that activate muscles. It can kill within hours of infection, but over 90% of those infected have either no symptoms or only a temporary fever.

There is no cure for polio but the disease can be prevented by vaccination.

There are three different strains of the polio virus, which enters the body through the mouth and multiplies in the intestine.

After the initial infection, the virus is shed in feces (excrement) for several weeks, but most people do not know they were affected. Polio can only be prevented by immunization, given multiple times.

The disease has been eliminated in most of the world, except India, Nigeria and Pakistan.