It is increasingly common for Canadian women to delay childbearing. In 1987, only 4% of first births occurred among women aged 35 and up; by 2005, the rate had nearly tripled to 11%. The proportion of first births occurring among women in their early 30s also increased from 15% to 26%. Medically speaking, older mothers are at increased risk of prenatal and birth-related complications. Less is known about the relationship between advanced maternal age and the child's development.

The national episiotomy rate has declined dramatically in the past decade. An episiotomy is a surgical incision made at the vaginal opening during birth to assist in delivery of the baby. The World Health Organization recommends against routine episiotomy. The number of episiotomies performed in Canada between 1995 and 2005 decreased by 34%.

More and more babies are being born prematurely in Canada, with a rate of 8.2 preterm births per 100 live births in 2004, compared to 7.0 per 100 in 1995. Babies born preterm have an increased risk of illness or death in infancy and of childhood developmental problems. 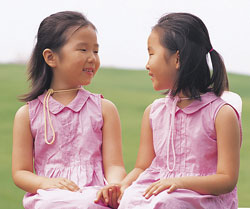